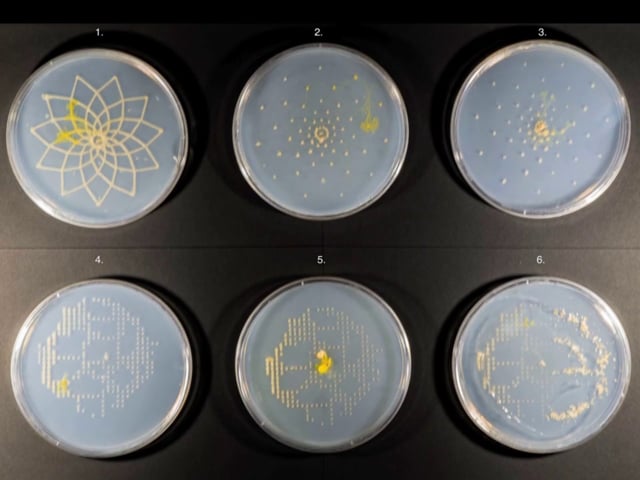 
How do biological entities and digital algorithms relate to one another? How could the study of such an interaction be visualized? And what might be the applications and implications derived from such a study? Which disciplines might be affected?

Interactions between biological and digital computing, in the forms of slime mould and 3D printed architectures.  On January 24 and 25 2014, the first edition of the Bio-Logic workshop took place, with the objective of exploring and experimenting on possible ways to design artificial systems by combining digital strategies and living material. The living protagonist chosen for the entire two-day experience was a micro-organism: Physarum polycephalum, commonly known as slime-mould.

Slime-moulds are neither plants, nor animals, nor fungi, but they might be considered a hybrid living organism with a unique development cycle and behaviour. Also known as myxomycetes, they are a group of heterotrophic organisms, using organic substrates to gain chemical energy for their life cycle.

Five different processing-based kinds of software and a related interface were developed (Tommaso Casucci & Mirko Daneluzzo) to enable the participants easily to define the desired patterns and export the related G-Code to the hacked 3D-printer for printing organic-based-materials. In order better to analyze the interaction of the slime mould employed, P. polycephalum, with the printed patterns, we created an image resulting from the overlap of the time lapse frames and describing the way in which the slime mould explored different paths.